ATTENTION TO ALL CONGRESSMEN---BE AWARE OF YOUR DUTIES AND RESPONSIBILITIES

AS PUBLIC OFFICIALS, OFFICERS AND AGENTS OF THE PUBLIC TRUST.

YOU ARE “COMMERCIALLY LIABLE” TO “WE THE PEOPLE”, FOR ALL OF YOUR ACTIONS.

I wanted to ask that anyone who can help support a liberty minded candidate who is up for re-election for Borough Council then check out a Dale Kerns Jr. He is a man with integrity and someone who actually stands up for principle.

Senator Casey’s lukewarm reply is below.  My response to his response is this:

Senator Casey - First of all, thank you for your thoughtful reply to my letter to you about the unconstitutional HHS mandate that employers and/or insurers should be compelled to pay for contraception or abortifacients. As a Catholic and an employer of 35 people with families, please know that after reviewing the issue and praying on it - I support my church leaders and I cannot and will not comply…

It is not often that I find it necessary to write to you about pressing public issues.  Today is different.  I am not sure if you have heard of this or not, but the US Catholic Bishops are taking a very strong stand against the Obama administration’s Health and Human Services rules related to Obama Care.  Specifically, this past week HHS announced that all health care plans offered in the USA will be required to provide “free” coverage for abortion,…

As the owner of a company that employs 35 people, and as a Catholic, HHS's reaffirmation that virtually all private health care plans must cover sterilization, abortifacients, and contraception, means that our government is purposely putting me in the position of having to choose between doing something I know to be wrong and providing healthcare coverage for my employees.

No government should ever have the…

I write to you today, a few short hours after President Obama announced his decision to make an “accommodation” to religiously-affiliated institutions, for three reasons:

First, to express my gratitude to you and… 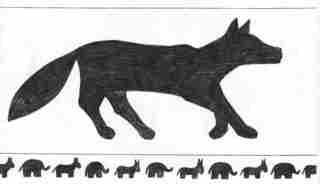 In this issue I will be discussing the Debt Ceiling, Ben Bernanke lying yet again about printing more money, the Transportation Safety Administration groping and being groped, and The Police State Lives on in Philadelphia and New York.

I had a doctor appointment yesterday (7/7/11) at Allegheny General Hospital in Pittsburgh. Doctor said the craniotomy scar is healing well. I'm only draining a 'pin head' amount and the upper part is scabbing. My headache is subsiding to mild pain. I'm using pain medication combinations of acetaminophen, naproxen and ibuprofen. Still fatigued, off balanced and dizzy. My spatial awareness balance is a little off kilter... this is the…