YOUR HELP IS NEEDED - OUR HISTORY IS UNDER ATTACK

Recently, Glenn Beck had a show about what kids are being taught in schools today.  One of the books discussed was “Social Studies Alive – Our Communities and Beyond”, which, according to a parent of a child using this book in school, “minimalizes America and teaches about protesting and global activism…”.  In short the kids are being subjected to indoctrination.  This book is published by TCI (Teachers’ Curriculum Institute). The curriculum published by TCI is produced in…

Rep. Jason Chaffetz of Utah was the only Republican to vote against the bill

The House Judiciary Committee on…

The Problem of Social Order

What an excellent speech...

Don't think it can be accomplished?

It might be better to ask "What kind of order will prevail after our current system collapses under it own weight..."

The real reason for cost of oil and gas sky rocketing

Well Obama is going to have Eric Holder investigate the oil price manipulation. Well I am sure Mr. Holder will no doubt take a look and find some evil manipualtors to blame for oil prices going up. They will no doubt be middle management in major brokerage houses or heads of Hedge Funds who didn't not pay enough tribute to criminal class know as the politicians.

If they really wanted to get to… Continue

Another perspective to consider on Ayn Rand...

We need to continually remind ourselves that the main reason for cherishing freedom is that it really is the best way to arrive at the common good.…

We need to push for this bill to get passed.  There 131 co-sponsors including "GT" Thompson Call Congress and let them know this needs to get passed. 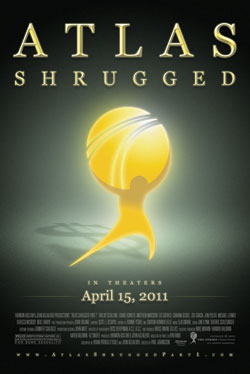 From the "Horses Mouth" on Budget Negotiations

Obama to Donors on his Budget Negotiations.

Obama caught on tape talking to donors at closed door fundraiser in Chicago.

Well... This just about says it all from the 'Horses Mouth".

From MSNBC with their…

Well our friend GT came through and disappointed us again.  He not only voted a few months ago to re-enact the Patriot Act but he voted on Wed. to pass the wimp-assed version of the budget cuts that cuts millions according to the CBO out of Trillion Dollar Deficit.  Well I am glad he stopped the spending on a packet of gum that should stop the house from going into foreclosure!!!!!!!!!!!!!!!!!!  Below is a link of the breakdown of who voted yes or no.

- Status as of Friday, April 08, 2011, 6:17 p.m. based on conversations with representatives of Senator Pat Toomey’s Office over the course of the day and ongoing research.

Leverage; getting lost in the budget crisis; immoral; or ignoring the federal government’s duty to provide for the common defense these Bills were not fast tracked and remain in Committees.

Are you kidding me?!  Does this man live in a parallel Universe?!

Politicians are the only people in the world who create problems and then campaign against them.

Have you ever wondered, if both the Democrats and the Republicans are against deficits, WHY do we have deficits?

You and I don't propose a… Continue

Budget cuts are nothing more that a shell game

Letter to the Editor for CDT on article labled "A Year Later, no Cure for Politics"

The “A year later, no cure for politics” <a href="http://www.centredaily.com/2011/03/23/2602499/a-year-later-still-no-cure-for.html"> (CDT article) </a>story dealing with a grant application for a new medical technology is yet another reason to abolish the Unconstitutional law and to remove ourselves from socialized medicine such as Medicare and Medicaid.  The need to be politically connected to obtain money to fund studies to see if the device or drug is viable and safe is…

from The Heritage Foundation.

Every Republican Member of Congress should read, or reread this!

I recommend using the link to the article above.  One can also download a PDF of the article.  But here is the text for a quick… 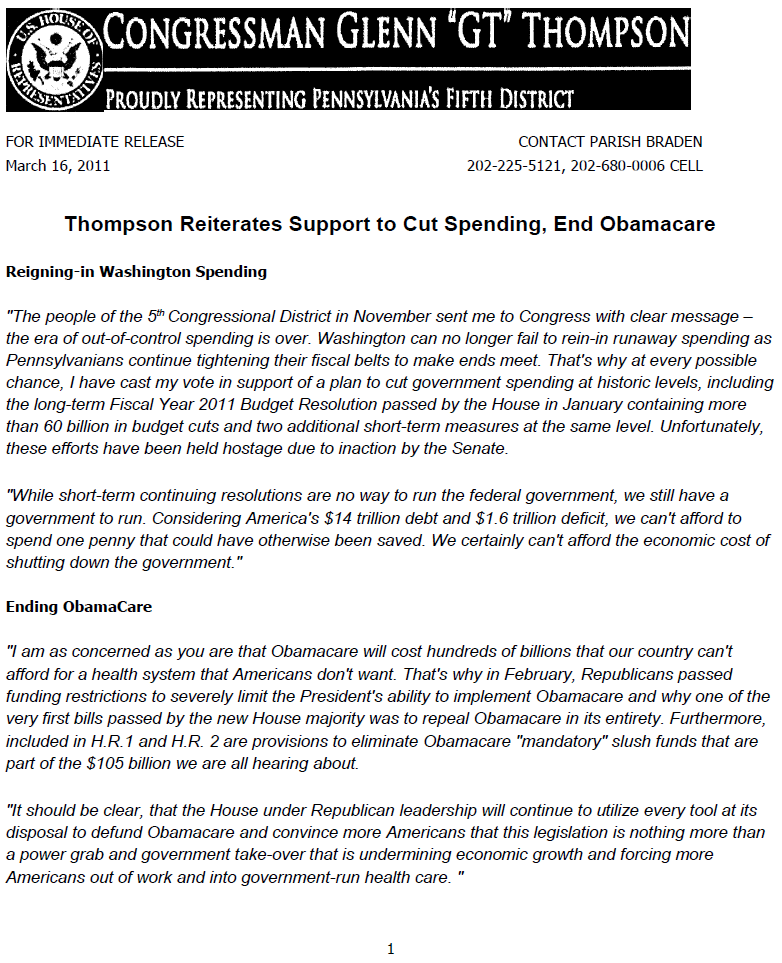 THE NEXT MOVE: Strategy from Dick Morris

This is a strategy video from Dick Morris that I recommend watching.  IT IS SHORT.

He suggests the position and next move at the expiration of the three week Continuing Resolution, HJ RES 48, passed on Tuesday, March 15, 2011.

Whether one agrees with Dick or not he is a masterful strategic thinker. He got then unelectable Clinton elected after all!  So I am listening.

It is well worth watching and pondering: