Five people have offered to talk to the Sheriff with me. Anyone else interested? FYI: Plan for me is to read Mack's book first and give one to Nau when we visit and discuss how: "The County Sheriff [is] America's Last Hope." Please let me know if you are interested.

Find The Candidates Running In Your Area

If you want to find out who is running for what office in your area, here are a couple links that can help:

The liberal line is that President Obama has secured his place in history by signing into law the Patient Protection and Affordable Care Act of 2010. And secured it he has. Henceforth Obama will be…

It Would Make Me Happy

"If we can but prevent the government from wasting the labours of the people, under the pretence of taking care of them, they must become happy."

The Government is soooooo far up my A-- they can see the back of my eye lids.

Article: The Costs of Human Action

Thoughtful Article. Worth reading. Check it:

"If ever time should come, when vain and aspiring men shall possess the highest seats in Government, our country will stand in need of its experienced patriots to prevent its ruin."

The Time is now or it's lost forever..We must stand like never before in modern day histroy ..

‘Has the FBI Infiltrated the Tea Parties?’

A friend asked me that question yesterday. Of course, I said. We know that Homeland Security considers Ron Paul supporters and other libertarians to be potential terrorists (which is all you…

I was listening to Ed Schultz (the Glenn Beck wannabe for progressives, FYI), and I was shocked. I was not shocked about what he was saying, I was shocked by his Conservative callers. These people were nuts! I was to the point where I was embarrassed to be a Conservative. In the callers rants they were basically doing what we accuse the left of doing to us. Yeah it could be said they screen for only the really wacky people to put on the air, and I bet they probably do. But the fact is, they are… Continue

Healthcare reform fallout: Which states are the winners?…

Obamacare: It’s not over yet

On Tuesday, just 36 hours after the House of Representatives voted, President Obama signed into law the massive…

Verizon to Employees: We Expect Our Health-Care Costs to Rise


Earlier today, National Review Online came into possession of an e-mail sent out to Verizon employees following the passage of the Democrats' health-care bill. In short, Verizon expects the legislation to result in higher costs and potentially reduced benefits for its employees and retirees (relevant…

Republican & Democrat political parties are government protected monopoly - as such they really have no reason to be accountable to the people.

Why Conservatives Lost the Health-Care Battle

Why Conservatives Lost the Health-Care Battle
by Jacob G. Hornberger 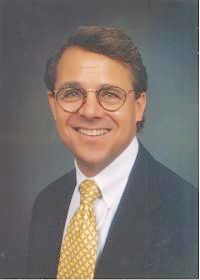 The reason that conservatives bit the dust in the recent health-care battle is simple: their fateful decision to abandon their principles many decades ago cost them any chance of defeating President Obama’s socialist health-care plan.

Think back to the 1960s, when liberals were celebrating the enactment of LBJ’s Medicare and Medicaid plans as much as they are… Continue

Thank you for your message regarding health insurance reform. Hearing from the people of northeast and central Pennsylvania is an integral part of my job in Congress and I appreciate you taking the time to contact me.

The debate about how to reform our health insurance system, with good reason, has been passionate and at times contentious. Over the past several months, I have traveled throughout Northeast and Central Pennsylvania ,… Continue

Now They Get It ?

We have failed to listen to America. And we have failed to reflect the will of our constituents. And when we fail to reflect that will -- we fail ourselves and we fail our country. Shame on us. Shame on this body. Shame on each and every one of you who substitutes your will and your desires above those of your fellow countrymen. Around this chamber, looking upon us are the lawgivers -- from Moses, to Gaius, to Blackstone, to Thomas Jefferson. By our actions today, we disgrace…

Rand Paul we've raised almost $24,000 in the first 2.5 hours of the moneybomb... let's keep the momentum going throughout the night!…

Lawrence Reed has got it right (from my Facebook)

Lawrence Reed -- How do you think the men at Valley Forge in the winter of 1777-78 would react if you could tell them, "You guys though YOU had it bad? We just got a socialized health care bill!" I think…