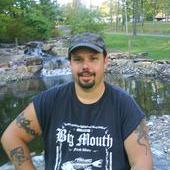 Scott Neely has not received any gifts yet

Give Scott Neely a Gift

NAME OF THE CITY, TOWNSHIP, BOROUGH, ETC. WHERE YOU LIVE
Altoona

WHY ARE YOU HERE?
Defending the Constitution

I can't believe how the people who voted for Obama are now like... OMG he is so far left in his agenda's. Like DUHHHHHH !! What did you think he was going to do.... govern from the Center? Give me a break. If everyone would have listened and tuned into news outlets other than ABC, CBS, NBC, CNN, MSNBC they would have seen the direction he was willing to take this Country in. The main stream media has been in the tank for Obama since the get go. All everyone was talking about was Quote * CHANGE * Now they are finding out that Change can mean good change or bad change. I can't even begin to describe how outraged I am on the Change we have been seeing. I saw thru his Campain fromn the beginning, and tried to spread the word that his agendas would throw this Country into a tailspin and a downward spiral. I just hope we can stop this madness before it is too late. Like I tell all of my friends..... I"LL KEEP MY GUNS AND MY RELIGION....... YOU CAN KEEP THE CHANGE !

Jennifer said…
Welcome Scott, glad to have you! We have a few other members in the Altoona area!

Shane said…
hey scott if theres a tea party here in altoona let me know. Ill be there.
shane

Dan house said…
yes it is good to see other people locally. Do you know of anyone meeting around here or even in state college?

Bob said…
Yes let me know too if you hear anything.

I saw "tba" for the location on their web site.....I was just about to ask my friend from Altoona where the TBA was.....duh.