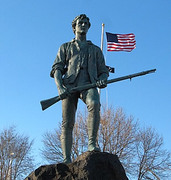 Starting in 2006 Pennsylvania gun owners began gathering every year in Harrisburg to send a simple message to state legislators: Unconstitutional and ineffective feel-good gun control legislation has no place in this Commonwealth and we will not stand by idly and allow it to happen.

Every year the rally attracts some of the most famous and well-known speakers from scholars to politicians to some of the biggest names in the pro-rights movement. In addition, every year the numbers of gun owners who join us in the Capitol rotunda swells larger and larger, often spilling out the doors and gaining our rally a reputation as one of the largest in Pennsylvania.

So if you’re believe that the right to keep and bear arms is a fundamental human right we encourage you to join us.

Here is a news article detailing important reasons for this rally.