Zelma Lang's article about the March for Liberty in Washington D.C., Sept.12, 2009

March for Liberty
Reflections on the Taxpayers March on Washington
(Printed in the Lock Haven newspaper. Nicely done, Zelma!)

"I'm not sure of what I should do. I've never been in a mob before." This statement came from a very sweet, middle-aged woman as she sat by the reflecting pool, next to the Capitol Building, in Washington, D.C.

Having seen the news broadcasts and heard the comments by both sides of the aisle, I went… Continue

Hope The Meeting Was Full

Sorry i coudnt make it,Grandaughters birthday party.Anything I need to know please fill me in.

Every day that passes I begin to understand exactly where Beck is coming from. Like he says, it is not Obama that is the problem. Instead it is the people behind him that we never elected. To me Obama is a sock puppet on the hand of many people. They needed a front man/woman to finish the job they started years ago and Obama, along with his staff and other people, have become expendable to their cause. If Obama was not in office, they would have found another way to do what they want. I think… Continue

…The board is calling for a two-tiered form of student discipline. One for Black and Hispanic students; one for everyone else.

With the goal of creating a “restorative school culture and climate” that conveys a “sense of belonging to all students,” the board is insisting that… Continue

Jailed Over A Tax

Debbie and I was jailed over a tax we didnt know about on Monday, over a 1770.00 wage tax. After the fire in 2007 we had lost all our recoreds everything was a total loss and have been trying to recover them ever since ,this one fell threw the cracks as a resault we went to jail on a bench warrent Thats Dead or Alive yes for a tax.Taken by surprise we spent over 12 hrs in jail till we came up with that amount and treated like we were crooks thank God my son was home,its kinda hard to do… Continue

Recently I submitted the following to the CDT Letter to the Editor. Don't know if it will be published but thought you all might be interested in some of the facts. Thanks to one of our members who posted one of the sites on the net that I got some of my info from.

All the latest talk about President Obama"s czars has heightened my curiosity recently with
the departure of Van Jones, the Green Czar. I turned to my trusted friend on the web
“Google” to get a few facts.… Continue

C-SPAN coverage of the 9/12 Protest 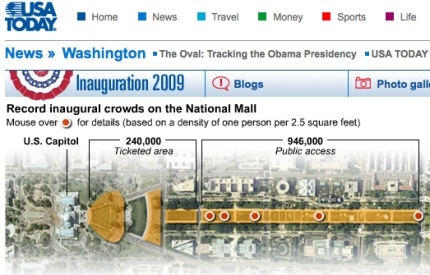 MSNBC screen capture; the crowd appears to extend beyond the 1 million point based on USAToday's report. 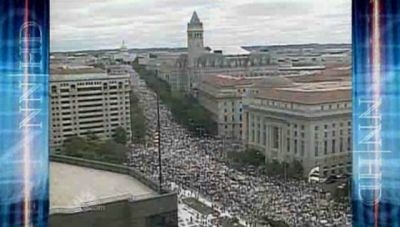 The march in D.C. was great. I met a lot of people who pay federal income tax, and none who didn't and are looking to get a piece of yours. I am proposing that a we seriously consider a "Tax Moratorium" protest. I fear that government funded healthcare will pass and the liberals may even elect to 'go it alone'. Where our groups power/influence lies is we actually pay federal income tax and the government desparately needs these funds as they are already running a huge deficit. To interrupt our… Continue

Campaign for Liberty to petition Pennsylvania US Senators for FED sunshine

The Federal Reserve is the source of Congress' power because it it the mechanism that makes massive debt possible. The Fed is the progressives' source of power, but also their Achilles heel. Here's an opportunity to add our voices to a petition to the House to hold the Federal Reserve accountable. Please have a look and consider adding your name to the petition.…

The Baltimore City State’s Attorney’s Office issued a statement tonight indicating that it may prosecute the Big Government undercover team that conducted one of its ACORN/prostitution stings in B’more.

The young reporters could face up to five years in jail for violating Maryland’s wiretap laws.

GOOOH "Get Out Of Our House"

Here is an organization that may be worth a look. They plan to run non-party-affiliated citizens against the major party candidates in all 435 districts.

GOOOH "Get Out Of Our House"

We need your help! Your "Free Our Health Care NOW!" petition, www.freeourhealthcarenow.com, needs only 70,000 more supporters to become the largest policy petition in American history delivered to Congress! With your help, more than 1.3 million Americans will make their voice heard!

A "pandemic response bill" currently making its way through the Massachusetts state legislature would allow authorities to forcefully quarantine citizens in the event of a health emergency, compel health providers to vaccinate citizens, authorize forceful entry into private dwellings and destruction of citizen… Continue

Separation Of Church and State

Many folks argue that there is no constitutional codification of the concept of separation of church and state. True enough. However, given this celebration of Ramadan in our own White House, perhaps some of you might care to reconsider the idea. Let's think about it.

Capitalism vs the Welfare State: The Next Vote

This article covers important history concerning the progressive movement and the fundamental question (which should be familiar to may of our group by now), who owns your life.

Let's sort out some things.

As a political and economic system, socialism is government ownership and management of the means of production and distribution of goods, the control of money, and the abolition of profit and private… Continue